Sunday October the 2nd here at the bastard store, starting at 6pm Red Bull TV presents The Fourth Phase. The new Travis Rice film shot during a trip of nearly 30k Km. We start at 6.30pm with an aperitivo, following a skate session in the bastard bowl with a special guest from Denmark and at 9pm we screen it.

The entrance is free but seats are limited, as usual. Register on redbull.com/fourthphase and reserve a seat to get in.

END_OF_DOCUMENT_TOKEN_TO_BE_REPLACED

Save the date.
Snowboard movies will be premiered at the bastard store, on October 11th.

Join us for the usual bastard bowl skate session with the riders at 7 pm. Movies start at 10 pm when we will enjoy the vision of MAYDAY, last movies by VIDEOGRASS  and  OCTOPUS by DVP. 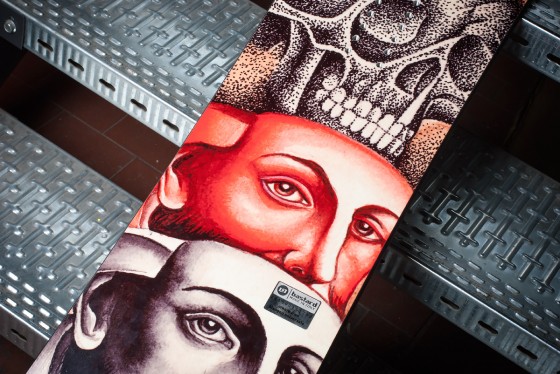 We asked Pietro Sedda to develop a graphic of one of our snowboards and we get the result that we were dreaming.

If you are into the tattoo scene the name Pietro Sedda will sound familiar.
Nowadays, permanent skin ink has been accepted and mainstreamed.
This, however, doesn’t affect Pietro Sedda: he’s an artist by nature, only guilty of having chosen ink and skin as his tools to express his personal vision.

The Sedda snowboard is available at the bastard store. 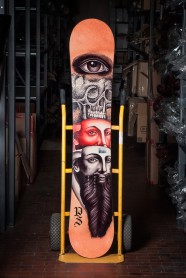 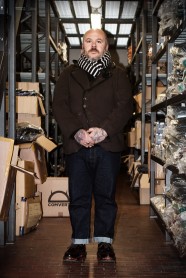 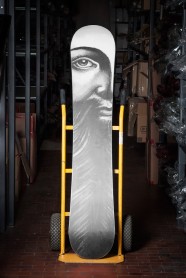 We share a lot with Rough Snowboards, we are both italian, we are both a snowboard company, we are small but we tend to think big, but the most important thing that we have in common is that we deeply believe in the Do It Yourself way of life.

So we decided to start a Rough-bastard  Jammin’ collection.

When we started talking about the collabo between bastard and Rough, the first product we decided to do was a snowboard.  And the first artist we decided to call was Todd Bratrud. The United board represents Todd’s vision of independence and freedom. Anything else? oh yes… the United is made by Rough with the original construction that makes snowboarding easier.

Then we design the Knife hooded coach jacket, waterproof and functional for snowboarding but also easy and stylish for chilling out. The Knife jacket is oricamo allover printed with the “United for independence” artwork printed on back.

Last but not least the Wings t-shirt. The entire collection is available at the bastard store.

Spring has arrived, on time as usual, as well as Close the Doors, the last season event at the Bardonecchia snowpark.
Two relaxing days of shooting on the brand new jump shaped for the event by Doors, bbq, music and parties. Starting 2013 bastard is proudly supporting the Bardonecchia snowpark, The JibBig Park. It’s a huge snowpark shaped by Doors and 3,5 km long, with hundreds of rails and jumps.

If you didn’t visit yet the Bardonecchia’s snowpark, you can come on Sunday february 17th for the Stairway Session. An old school contest with no money nor ranking, but a large prize in products (there will be even a JVC Addixion action camera for the best trick). We’ll be shredding for three hours on the biggest structure of the snowpark, a huge double box kinked stairset. If you stomp a good trick you’ll win a chip, who collects more chips wins the session. If you like reggae music and snowboarding, the DanceHall Riders snowboard camp is perfect for you.

The most reggae italian snowboard event starts today on the Corno alle Scale Mountains. It’s ideal to spend some time snowboarding and dancing together with Don Rico and TerronFabio from Sud Sound System and the other guests of the DanceHall Riders 2013.

We’re really happy to support events of this kind, obviously. Good vibes for everyone!

bastard at ISPO 2013 tradeshow in Munich After 18 years on the market we are still looking for retailers/distributors that share with us our same passions and commitments!

Come to meet us and discover our new snowboard clothing line for winter 2013-14 designed by Lukas Goller, the totally handMade in Italy snowboards and the products developed in collaboration with ROUGH snowboards and Todd Bratrud.

“Everybody is in” – full video online

Randomvideo has finally published online “Everybody is in”, its annual snowboard movie.

A tribute to Magnus

He set an example in treating “uncomfortable” themes. He treated subjects such as politics, war, hate, violence, drugs, pornography, horror, but he never stopped in front of these subjects, always coming out clean.

Three works that I would suggest to a new Magnus fan? Lo Sconosciuto, Le 110 Pillole, Tex.

Together with his son Riccardo we dug in this great artist’s archives and we decided to dedicate a capsule collection as a tribute to one of his masterpieces: Vendetta Macumba. Sweatshirt, t-shirt and snowboard, all in black and white.