On RepTv journalist Antonio Nasso walks through the origins of skateboarding in Italy with interviews with the main players. 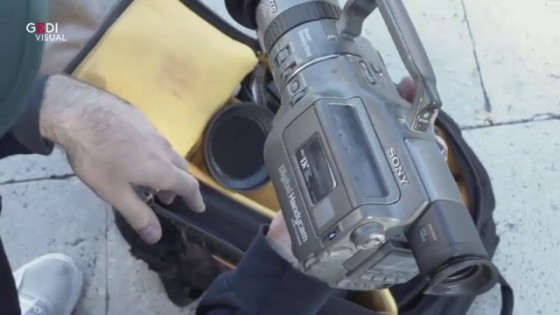 We are happy to present the result of this limited collaboration between bastard and ADE Shoes, based first and foremost on personal friendship, shared values ​​and the technical needs of the founders of the respective brands. This co-op has its roots in the mid-80s when Max Bonassi (bastard) and Fabio Di Molfetta (ADE) were travelling around Europe in search of new spots to skate and started building ramps to share with friends respectively in the north and south of the italian peninsula. Often they were carrying the silver duck tape to plug the holes in their shoes and make them last a bit longer. END_OF_DOCUMENT_TOKEN_TO_BE_REPLACED 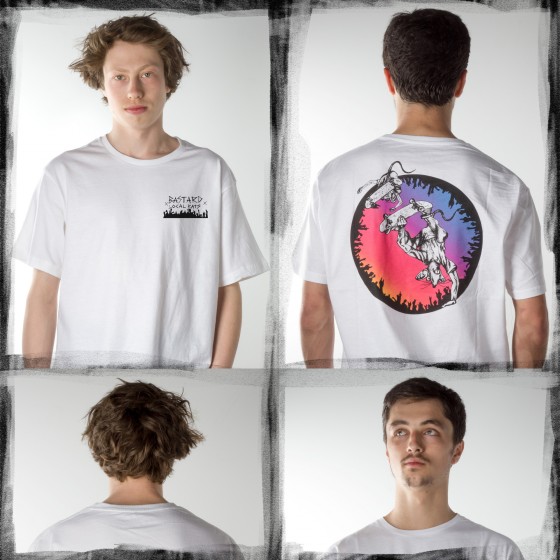 The new bastard Local Rats t-shirt is a tribute to two of the skaters that left their deepest mark at the bastard bowl: Jacopo Carozzi and Aref Koushesh. 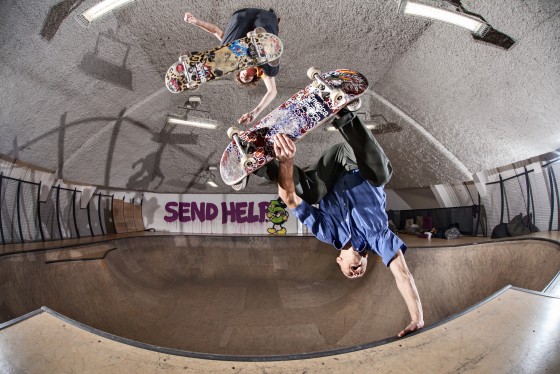 The artwork, pencil designed by the italian father of skateboarding Max Bonassi, in full 80s style, is inspired by one the the best shots ever taken in the bowl by photographer Giuliano Berarducci.  The original photo has been published on Thrasher Magazine, as a poster on SHARE Skateboarding and is available as a free gift in the shape of a postcard at the bastard store. 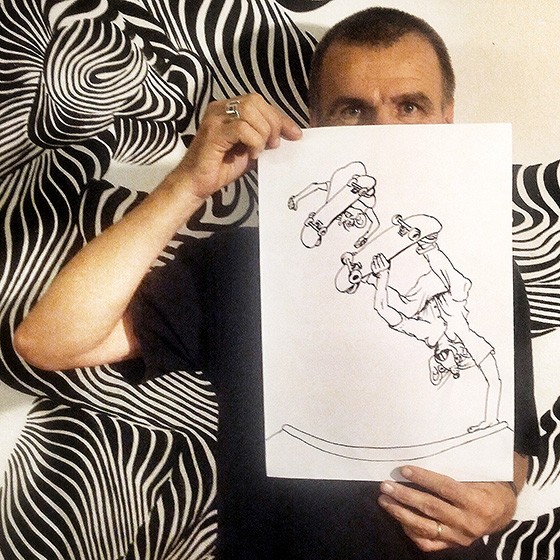 We’re ready for the most anticipated event of September, Un Tranquillo Weekend da Paura 2012 edition. The program is as follows:

Skateboard miniramp Contest B Category with product prizes from the sponsors.

Before finals, BMX freestyle demo with the Team Frontocean.

HELL ON EARTH, european hardcore-punk tour, 5 bands on the stage:

Skaters from Italy and many guests from abroad will fight for the 3000 euros cash prizes, at the notorious miniramp also known as Bonassodromo di Usmate.

As usual, free entrance for concerts and skate-contest. Things start off by meeting the dirty romans Nikolai Danov and Milo Marra in Milano Centrale. Double train to Usmate, obviously it would only be a twenty minutes drive! But we’re big time CO2 savers!
Once we get there we spot the Real McKenzies, chillin’ and playing guitars under a tent. It’s pouring rain all around. We join the good company and beer after beer we accept the stormy weather.

At least it stops in the evening, letting us party and enjoy Pela’s Dj set…

Many people, many tricks, many beers.. As always, a great day; Bonassi’s ramp, GroS on the mic, pork ribs like there’s no tomorrow, and of course some healty skateboarding.
Ivan Federico shockingly nailed 20 or so kickflip melons on the extension, as well as Daniele Terminator Galli landing perfection almost every time. Then we enjoyed watching Marcos the Brazilian with some crazy crowd pleasers, Basilico showing the youngsters he’s still got those moves, Stanco’s riding, the Roma connection’s skating (Milo, Nikolai and Peppe the Gipsy), local Andrea Jimmy Cantù gets best trick with a Pivot Fakie on the Burn fridge that screams danger! The contest/event Un tranquillo weekend da paura is ready to happen for its sixth edition on September 16-19.

As usual, it’ll be skateboarding, music and pure fun at the well known Bonassodromo in Usmate. And obviously for free!

The program is as follows:

SUNDAY SEPT 19
3 pm
Skateboard contest on miniramp, valid for the Campionato Italiano Skateboard Society.
Skaters from Italy and abroad will fight for the 2000 euros cash prizes and the BURN best trick prize!

Take a look at this video report for the last edition.

Too old to skate everyday?

Last night i witnessed an exeptional reunion of the old school scene: Billy Runaway came for a visit, he was a pro skater for Madrid in the 80s and a potojournalist for Thrasher in those years. The welcome team was so composed: Max Bonassi, Alex Colombi, Claudio “Jep” Bernardini and Andrea Paulicelli. These old folks hadn’t seen each other in 21 years, surprise! Alex had first met Billy in Milan back in ’85, and soon introduced him to Bonassi who was craving for a consulence for building a vert ramp in Monza.

To celebrate, we sat at the fish restaurant right next door and popped some corks… After a 3 hours food fest we went up to the bastard bowl, but we suffered from the digestion along with the wine effects and a few more years on our shoulders… Too old to skate? Maybe not, infact Jep and Bonassi did represent with their skating as much as they could, but maybe i’m “too old to take action photos everyday”, eheh! So i decided to only post their mugshots, and since i started skating in the 80s, those are the faces that inspired me to join the four wheels and a board world… All the best to Billy and his young company skate company, and I thank him for a little industry talk, that done with the right people is never boring! See you next time, hoping it doesn’t take another 21 years! This weekend really was scarily fun!

Starting with forecast: all the rumors about rain throughout the whole weekend proved wrong; it was sunny and nice… my god rides a skateboard.

The Concerts: the Punkreas played on friday night. Awesome concert, 3000 people singing under a mild gentle rain… The Punkreas after twenty years of activity still look like kids. Always a great vibe.

Saturday we saw the Ministri, i hadn’t seen’em live yet… This band rocks!

Skate: on Saturday the non sponsored contest where Fabio Ciurli, Lambro local, won. After the contest only Daniel Cardone was representing Quicksilver, since the demo didn’t happen. Supported by Andrea “Stanco” Sudati, Amen and Jimmy they did a great demo anyways.

On Sunday we were blessed by un unbelievable sunny day, and by one of the best contests i’ve recently been to.

Great skaters, great crowd, Daniel won the contest and the miniramp italian finals, and also the “Chicken for Rock’nRoll” contest. Which consisted in hitting the rubber chicken hung up over the extension.

Then was time to hit the fridge, the Gipsy with a bs 5-0, Pietro della Pierre fs nosepick, Jimmy Cantù feeble fakie, Sione Verona hurricane and then Martino Cattaneo shut it down with a fs disaster for a fat check.

Awesome, that’s i guess what we all needed, a weekend with friends, skate and beer, celebrating Daniel Cardone’s and Max Bonassi’s birthdays.

Bravo to the organizers, on of the best events of the year for sure! Bonassi’s Birthday is getting closer, meaning that bastard and bomboclat will be presenting, as usual in the last five years, the great skate contest at the Bonassodrome (a.k.a. the Usmate ramp): Un tranquillo week end da paura with music, skateboarding and beer at the Usmate sports center.

The program follows as below: