Enjoy the trailer of Un tranquillo weekeend da paura, the biggest miniramp contest in Italy that goes for four days and this year has on stage playing Salmo, Casino Royale and Sud Sound System! Still curled up in my bed sheets i get up to the hubble-bubbling of the classic labour day demonstration marching beneath my window, followed by another group in which i glimpse a palestinian flag, but the language spoken over the speakers doesn’t help me and my neighbour in understanding what it is exactly about…

After snapping a picture of the demonstration, i jet to the Lambro where we gather for heading to the Polaresco bowl in Bergamo.
So we sail with Amen and the Giordano bros; we meet there with Galli, Cattaneo and Formenti, along with a few locals and Bergum.

We then go to the Creedence Skatepark in Castrezzato, near Brescia, where we see a big party going on, picnic tables and good food, kids playing in the open fields, flea market, and the sweet transitions built by Seba Rossi, Kendall & co.

The park is genuinely fun, and the guys are already working to expand; a really good vibe with a great party for labour day, topped off with the night concert, which unfortunately we could not attend.

Thanks Creedence boys, see you next time!

Seen from the outside. Amen 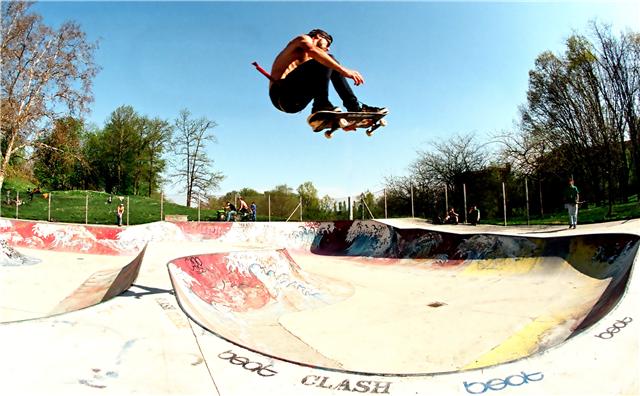 Our danish friends at skateboard.dk just published a report with some pics of Milano. Above Amen with his classic Anti Gravity Ass transfer at Lambro Skatepark. Simon Bressendorff sent us this video we are happy to share.

Here in bastard we celebrated Amen with this teeshirt e this bandamen.